Golfer of the year for young schoolchildren

• Peter McBride has been named the Head Coach of Boys’ Basketball at Hoffman Estates High School.

McBride, who was the school’s second-grade boys ‘basketball head coach, takes over the program from Luke Yanule, who is retiring after 10 years as the Hawks’ head coach.

McBride has been the Hawks’ sophomore boys’ basketball coach since 2020. He previously coached second grade boys’ basketball at Schaumburg High School from 2018-2020, with an overall record of 27. -25, while also serving as an assistant varsity coach at the school.

McBride holds a BA in Elementary Education, with College Honors and Minor in Mathematics and Spanish, and an MA in Education, both from North Park University.

• Congratulations to Victor Castillo, who was recently sworn in as an Officer of the Prospect Heights Police Department. Mayor Nicholas Helmer presided over the swearing-in ceremony on May 24.

Prior to accepting the post of constable with the Prospect Heights Police Department, Castillo worked at Fermilab as a security guard. 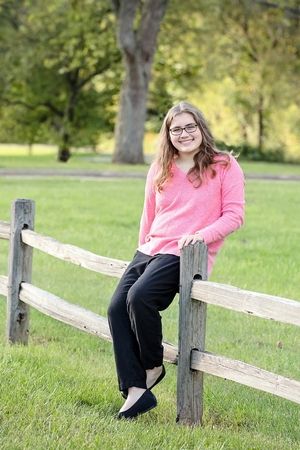 While at Rolling Meadows High School, Zera was a member of the math team, the chess team and the Scholastic Bowl team. She is a National Merit Scholar, Member of the National Honor Society, National AP Scholar, and has received the National Italian Exam Gold Award and Senior Medals in Mathematics, Italian and English.

She was selected from over 1,300 of the top high school students who applied to Michigan State University, participated in interviews and took an intensive general knowledge exam last winter.

In total, 17 new Michigan State University students have been awarded Distinguished Alumni Scholarship or Distinguished University Scholarship, which will cover full tuition, accommodation and board and an allowance for a maximum of eight semesters of study. • Prakash D. Nigam, son of Subhash and Tammy Nigam of Palatine, graduated from the US Military Academy on Saturday May 22 and was appointed second lieutenant in the US Army in the infantry branch.

While at West Point, the cadet concentrated his studies in chemical engineering.

A 2017 graduate from Palatine High School, Nigam will report to Fort Benning, Georgia on his first assignment.

• William Wallace of Island Lake was one of 17 students from Wartburg College, Waverly, Iowa, honored by the Iowa Broadcast News Association at its annual conference.

Wallace won third place in public affairs for student television for “Sowing the Seeds: The Story of Hilda Fedeler”.

The competition recognizes outstanding radio and television entries from across Iowa that aired in 2020. The awards were presented at the association’s annual conference.

• Send “Neighbors in the News” items to [email protected]

Previous A former Irish player / coach in the frame to be the next Boston Celtics head coach
Next NBA DFS: Devin Booker and Top DraftKings, Fantasy Basketball FanDuel Daily Picks for June 3, 2021