When Team Canada enters a nearly empty Olympic stadium to officially launch Tokyo 2020 on Friday, it will be led by Miranda Ayim and Nathan Hirayama.

The Canadian Olympic Committee announced Monday that Ayim, a basketball player, and Hirayama, a member of the men’s rugby sevens team, are the nation’s flag bearers for the opening ceremony of Tokyo 2020.

The revelation of who would lead Canada to the Games was made Monday morning by Prime Minister Justin Trudeau.

Ayim and Hirayama are the first Canadian duo from different sports to win the honor after the International Olympic Committee made an amendment in March to allow each country to nominate a man and a woman. Ice dancers Scott Moir and Tessa Virtue led Canada to the 2018 Pyeongchang Olympics.

“To see two great leaders like Miranda and Nathan now set to lead the way at the Team Canada Opening Ceremony is something incredibly special,” said Eric Myles, director of athletics for the Canadian Olympic Committee, in a statement. announcing the flag bearers.

WATCH | Are the flag bearers of Canada cursed? :

Anastasia Bucsis sits down with Catriona Le May Doan to discuss what was once known as the Curse of the Flag Bearer of the Opening Ceremony and find out who debunked it. Catriona also gives her prediction on who will be for Canada in Tokyo. 5:53

Ayim, 33, is one of three Canadian basketball players to compete in her third Olympics. The Chatham, Ont. Native had previously announced his intention to retire after Tokyo.

“I feel incredibly honored to lead Team Canada alongside Nathan at the Opening Ceremony and to represent not only my fellow Team Canada athletes, but also the greatest Team Canada: our nation,” said Ayim in the COC press release. “The past year and a half has demanded a high level of teamwork and Canadians from coast to coast to coast have shown unity, camaraderie and sacrifice – true team spirit.

Currently ranked fourth in the world by FIBA, Canada fell in the quarterfinals of each of Ayim’s first two Olympics, but now looks set to play for a medal.

“[The podium] has always been the goal. We came into 2016 wanting to do the same and now we’re in a place where we’re supposed to, ”Ayim said recently.

The women’s basketball tournament kicks off on July 26 when Canada faces Serbia at 4:20 a.m. ET and concludes the gold medal game on August 8.

CBC Sports’ Andi Petrillo and Meghan McPeak name a few athletes to watch as Canada Basketball names its roster for the Tokyo 2020 Olympics. 2:23

Hirayama, also 33, has played for the national team at seven since his debut at the age of 18 in 2006. Fifteen years later, the Richmond, BC native and co-captain of the ‘team will make its Olympic debut. The men’s team did not qualify for the Rio Olympics in 2016, when the seven was added as an event.

Hirayama’s father Garry won 12 caps for Canada between 1977 and 1982, making them the first father-son duo to play for the national rugby team.

“I feel extremely honored to have been nominated to be the standard bearer alongside Miranda,” Hirayama said in the statement. “I have watched the Olympics all my life and understand the honor and privilege that comes with being the flag bearer. It is something I never even dreamed of.”

Hirayama is third in career rugby sevens World Series scorers. Canada enters the Olympics in eighth, but placed third in its 2020 final before the pandemic cuts the season short. .

The rugby sevens team opens its Games with a pair of matches on July 26 against runner-up Rio and Fiji champion Great Britain. The tournament is short, with medals up for grabs on July 28.

You can watch live coverage of the Opening Ceremony on CBC-TV and CBCSports.ca starting at 6:30 a.m.ET. The programming will be provided in eight different Indigenous languages ​​in addition to English, American Sign Language and described video.

There will be no fans at the ceremony – spectators are banned from all venues as Tokyo remains in a state of emergency due to COVID-19 – but a crowd of around 10,000 IOC members, representatives of the government and others are expected to be present in the 68,000-seat Olympic stadium.

It is not yet clear whether the number of ceremony participants will be limited for the traditional Parade of Nations, which typically includes thousands of athletes entering the stadium. Athletes are only allowed to enter the Olympic Village five days before their competition, and many who compete in the days immediately following the Opening Ceremony prefer rest over pageantry.

Rowing duo Marnie McBean and Kathleen Heddle were the first Canadian duo to be named flag bearers when they received the honor at the 1996 Closing Ceremony in Atlanta. Figure skaters Jamie Salé and David Pelletier closed the flags in 2002 in Salt Lake City, and bobsledders Kaillie Humphries and Heather Moyse led Team Canada to the close of the 2014 Olympics in Sochi.

Canada’s first 21 flag bearers at the Opening Ceremony were men before skier Nancy Greene filled the role at the 1968 Olympics in Grenoble, France.

Since then, Canada has divided the duty equally between men and women, with 14 each. 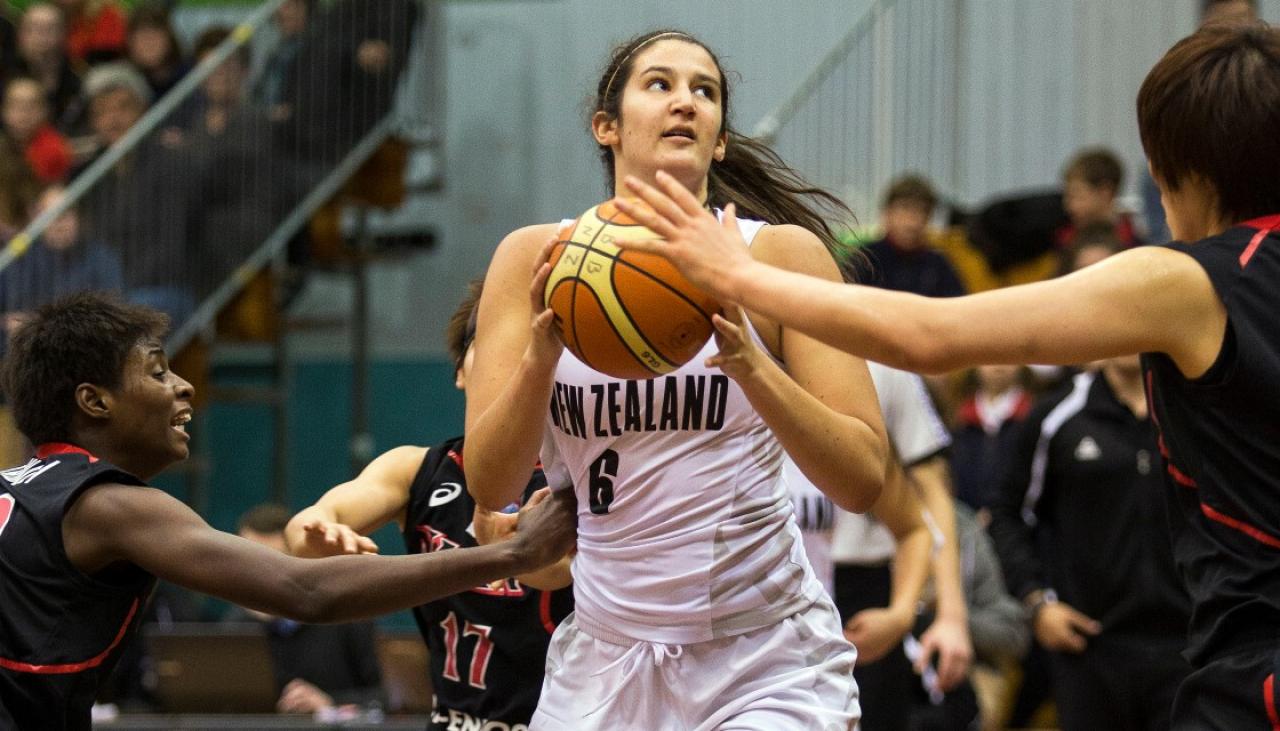 Basketball: Underdone Tall Ferns finally on board for the Asian Cup in Jordan

With MIQ spots going like gold dust and international flights canceled at short notice, getting …